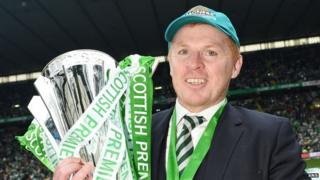 Neil Lennon has said he is stepping down as Celtic manager after four years in charge at the Glasgow club.

It's thought that he'd been thinking for a while about whether he should leave, even though the club's just won its third title in a row.

"I have parted company with Celtic," said Lennon, who also used to captain the Scottish champions. 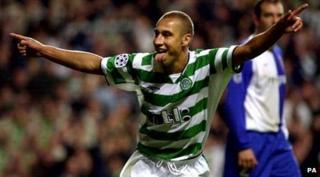 "The club are in a very strong position and I wish the fans and the club all the very best for the future."

Favourite to replace him at Celtic Park is former striker and club legend Henrik Larsson, who's currently in charge of Swedish club Falkenbergs.

Lennon took charge of the Glasgow club in 2010, leading them to three league titles and two Scottish Cups.

He also led them into the Champions League last 16, famously overcoming the mighty Barcelona in November 2012.

As a player he joined Celtic in 2000 and was a key member of the side for seven years.

Where he goes next is uncertain - he's often said he'd want to manage in the Premier League but there have been no offers as yet.