What are cochlear implants and how do they work?

Cochlear implants are devices that help deaf people to hear. They've been in the news recently after a clip showing a woman hearing for the first time went viral.

This guide explains what they are and how they work.

What are cochlear implants?

Some people have difficulty hearing because a part of their ear called the cochlea isn't working properly. It's shaped like a snail shell, which is how it got its name. 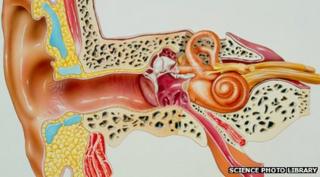 A cochlear implant is an electronic device that can be fitted to your head to help you to hear sounds.

How do they work?

Rather than making sound louder, like a hearing aid does, a cochlear implant sends signals directly to the nerves you use to hear.

They come in two parts:

The headpiece worn on the outside works like a microphone to pick up sounds.

These sounds are turned into electrical signals which are sent to the implant. From there they go into the inner ear and up to the brain.

Who can use them?

Cochlear implants only work for certain people - they aren't suitable for everyone who is deaf. Hearing aids work better for some people. 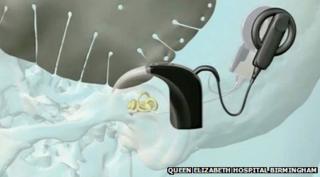 Does everyone agree with them?

Not everyone thinks they're a good idea.

Some deaf people are against cochlear implants: they think deaf kids should learn sign language and become part of the deaf community.

They argue deaf kids should wait until they are adults before deciding whether to have the implants.

They sound different to what you might get through a hearing aid and it can vary from person to person too.

Some people say the sound produced is quite robotic.

Some people just experience the signals as beeps, which is quite normal. As the brain gets used to using the implant, those beeps turn into meaningful sounds.