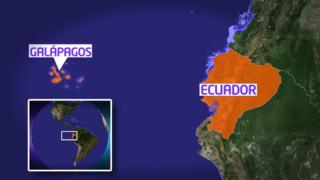 Authorities say it could take weeks to rescue a ship in the Galapagos Islands after it became stranded on sand and rocks earlier this month.

Galapaface I has had its cargo and 19,000 gallons of fuel removed but there are warnings the remaining oil still on board could spill and cause environmental damage. 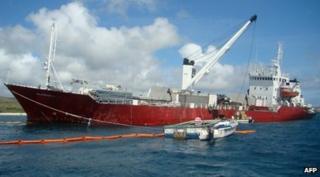 On Thursday Ecuador's government declared an emergency and is helping to remove the ship from the area before more damage is done. But officials warn the rescue could take up to four weeks.

The Galapagos Islands lie off the coast of Ecuador in South America. The World Heritage Site is home to many unique animal species such as the giant tortoise and marine iguana. 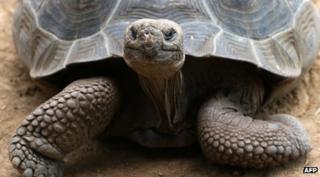 AFP
Giant tortoises are native to the islands

It's not the first time a ship has run into trouble in the Galapagos Islands. 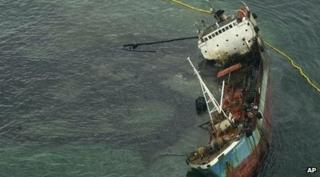 In 2001, an oil tanker became stranded, spilling fuel and causing severe damage to the marine iguanas that live there.