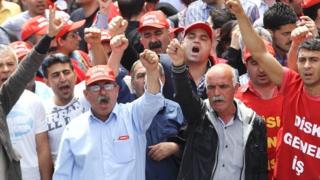 Turkey protests over mine tragedy

Large protests continue across Turkey over the country's worst mining disaster which killed over 280 people.

Workers are holding a one-day strike - refusing to go to work - because they say mining conditions in the country have become too dangerous.

An electrical fault caused an explosion in a mine, in the town of Soma in western Turkey on Tuesday.

Over 360 survivors were rescued from the mine but so far 282 people have died and more than 150 are missing.

Leah reports on the unrest that has gripped the country. 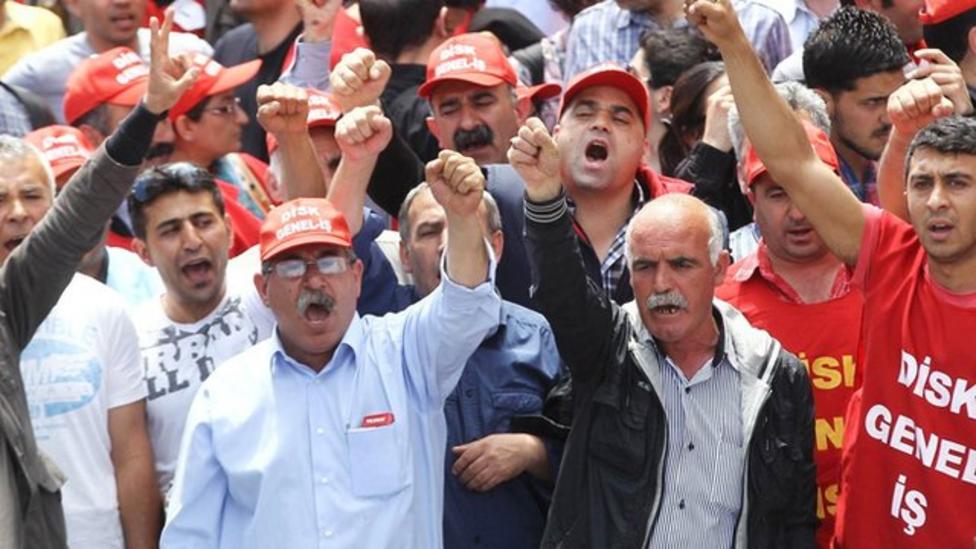 Turkey protests over mine tragedy