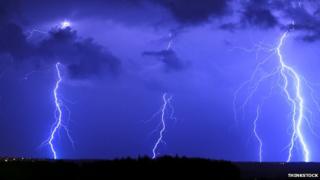 Scientists have found a link between activity on the sun and lightning strikes on Earth.

The Sun hurls out fiery, highly charged particles - known as the solar wind - that can travel at up to two million miles an hour.

Research suggests that when these particles enter the Earth's atmosphere, lightning storms increase.

Scientists hope that by using this new information they might now be able to predict when dangerous storms will hit.

The solar wind isn't a constant force - it speeds up and slows down, and its power can rise and fall.

The researchers found that when the solar wind is at its strongest, that's when more lightning strikes occur. 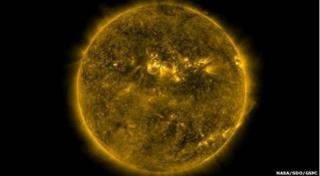 Lead researcher Dr Chris Scott, from the University of Reading, said: "Lightning represents a significant hazard... so having any understanding or advanced warning of the severity of lightning storms has to be useful."