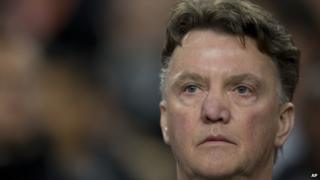 Louis Van Gaal has been confirmed as the new manager at Manchester United, on a three-year contract.

He said he's "very proud" to be taking charge of what he called "the world's biggest club".

Ryan Giggs, who stood in as manager after David Moyes was sacked, will stay at the club as an assistant coach.

Louis van Gaal will take over at Old Trafford after leading the Netherlands at this summer's World Cup in Brazil.

It's thought he'll be allowed to spend money bringing in new players to strengthen the squad.

United sacked Moyes in April only 10 months after he succeeded Sir Alex Ferguson, who was in charge for 26 years before retiring last summer. 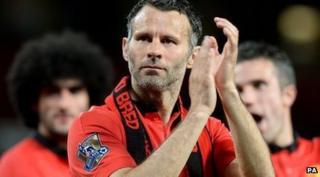 The current manager of the Netherlands national side may not be the best-known manager to English fans - but players and fellow coaches reckon he could the perfect man for the top job at Old Trafford.

The Dutchman started his career as a player at 20 years old, playing for Royal Antwerp, Telstar, Sparta Rotterdam and AZ. 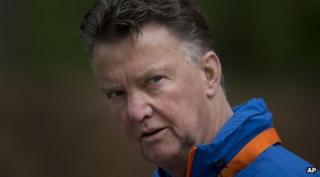 AP
He's known for being straight-talking and tough

What Louis van Gaal will bring to Manchester United: