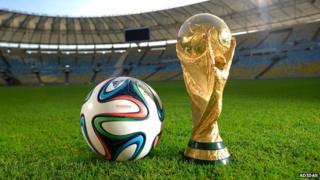 It's the most important thing in football - without it you don't have a game.

And with the World Cup just around the corner, it will be under pressure from eyes all around the world to perform well.

The football that's going to be used in the World Cup - or brazuca as it's called - is the most tested football ever.

Over a two-and-a-half-year period, it was tried out by more than 600 of the world's top players or former players, including Lionel Messi and Zinedine Zidane.

It was also kicked about by 30 teams in ten countries across three continents. 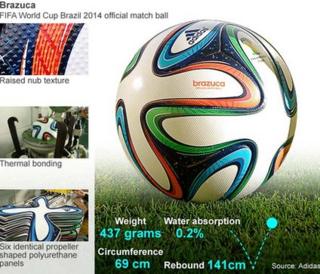 But why does it need so much testing?

It's crucial that the football performs the same way for all players in all matches, and is the same at the start of the game as it is 90 minutes in.

If not, it could give some teams a better advantage over others if, for example, the ball performed better when it was wet.

The new World Cup football is made from just eight pieces of shaped synthetic material glued tightly together. 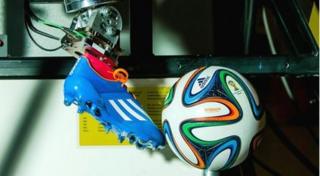 Other
Experts have carried out extensive tests on the new ball

What do experts think?

Dr Rabi Mehta from Nasa is an expert in aerodynamics and he says the new ball doesn't spin a lot in the air.

This means it's harder for players to curve the ball or "Bend it like Beckham."

This skill is useful in football and was achieved in previous World Cups when the ball travelled at high speeds.

But because the new World Cup ball is smoother, it doesn't curve like previous balls would, and so advice from experts is to kick it straight.

"What the players have figured out is that it is better to kick the ball with no spin or little spin," said Dr Rabi.

"So if the players are sitting there listening to me they should not kick the ball as hard now compared with 2010."