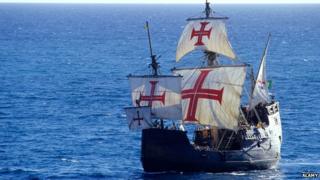 A US underwater investigator has said he believes he has found the wreck of the Santa Maria, the flagship of Christopher Columbus's famed expedition.

Barry Clifford - the man who found it - said evidence "strongly suggests" a ruin off Haiti's north coast is the Santa Maria.

Mr Clifford's team has measured and taken photos of the wreck.

He says he is working with the Haitian government to protect the site for a more detailed investigation.

What is the Santa Maria?

The Santa Maria, along with the La Nina and La Pinta, were part of Chris Columbus's expedition in 1492, which explored islands in the Caribbean in an attempt to find a westward passage to Asia.

The flagship was lost during the expedition, shortly before Columbus returned to Spain.

Who was Christopher Columbus?

Christopher Columbus was a famous explorer. In 1492, he and his sailors crossed the Atlantic Ocean from Europe to America not knowing where they would land.

It was a voyage into the unknown. After Columbus, other Europeans began to explore and settle in America. 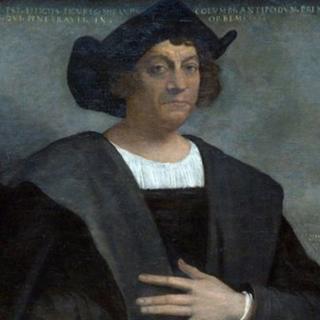