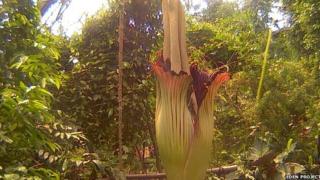 The biggest flower in the UK, nicknamed the 'corpse flower', has bloomed for a second time at the Eden Project in Cornwall.

It is the ninth flower that the centre has produced but it's the first plant to bloom twice, which is very rare.

The Titan arum flower has been called the 'corpse flower' because of its stinky smell of rotting flesh and vomit.

Titan arums normally live for between seven and 10 years before flowering for a short 48 hour period.

Tim Grigg, the top Titan arum grower at the Eden Project, is very excited about the plant blooming for a second time. He said:

"I feel really excited and proud of this ninth Titan arum flower, especially because this is the first time we have had one flowering twice. I want everyone to be able to see and enjoy these amazing plants."

Video courtesy of The Eden Project. 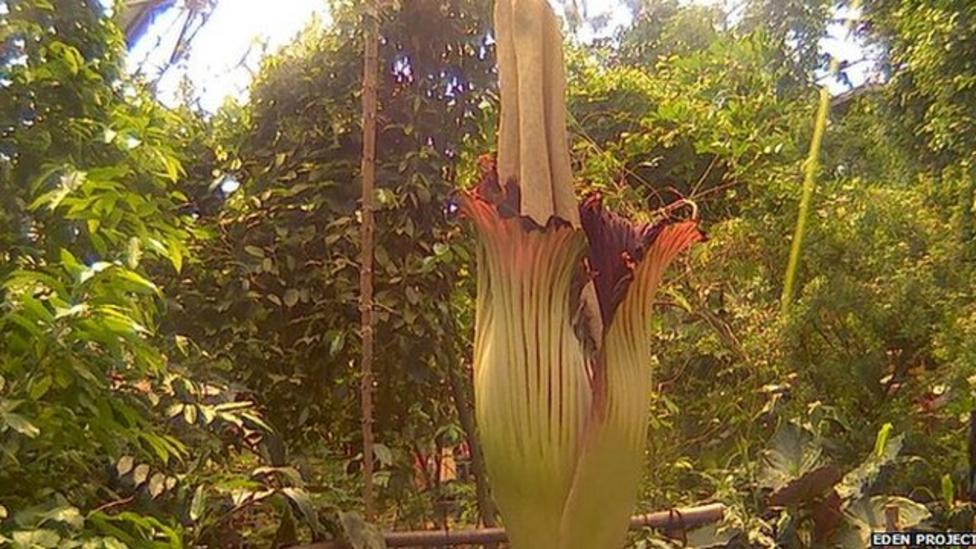