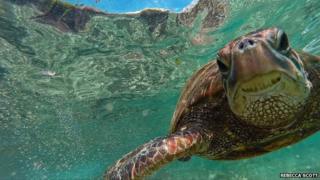 Scientists have used satellites and tags to find out how turtles choose where to travel to as adults.

Other species which migrate are shown the way by adults but young turtles are on their own when they hatch.

By tracking the movements of turtles scientists found that where the ocean drift takes turtles in early life affects where they travel to later on.

If they drift to good feeding areas they will remember and swim back there when they are grown up.

If the currents take them to places which are not so good they won't go back there and will instead feed in the open ocean. 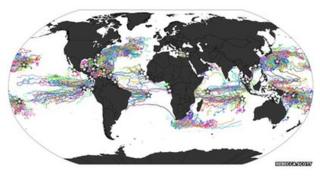 Dr Rebecca Scott who took part in the study said:

"Hatchlings' swimming abilities are pretty weak, and so they are largely at the mercy of the currents. If they drift to a good site, they seem to imprint on this location, and then later actively go there as an adult; and because they're bigger and stronger they can swim there directly."