Should school start later than 9am? 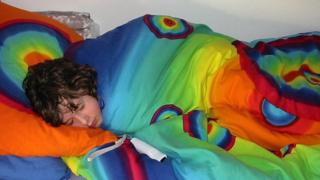 A school in Surrey is going to start lessons for sixth formers at 1.30pm to help teenagers get more sleep.

Headmaster Guy Holloway said: "The fact is that many teenagers do not sleep sufficiently during the week."

The school hopes that starting lessons at 1.30pm instead of 9am will help students be more productive.

Lessons will finish at 7pm instead - but there aren't plans to do this in every school.

Should school start later than 9am?

I think 9am is fine because when you get older there is a chance that you will have to wake up even earlier than you did before. Kids these days just go to bed late and you cannot blame the school for that.

I think that school times are fine as they are, the only thing is when school is over you don't have much time to do your hobbies after doing your homework

I think school times should stay the same because we would not have enough time to enjoy the rest of the day after school. If you want to stay in bed so much that is what weekends and holidays are for.

I think school should start at 11 so I don't have to get up so early.

I think not - because we have to get up a lot earlier in France!

I think school should definitely start later as everyone is tired in the morning. I have to wake up at 5am because I have to take the train and bus to get to school every morning. Sometimes I buy a snack while I'm going to school as I don't have time to eat.

I think lessons should start at about 11am because I have to wake up at 6.30am every day to do my hair, makeup and get dressed. I'm always tired at school and I don't have time to have breakfast in the morning because I would have to get up at 6. Then I get bad grades at school because I can't concentrate.

I think that school should start at 10am because getting up at 7am is a very early start for us, and especially with SATs coming up very soon, we need as much rest as we can get. They are very important and the more rested we are the better we work.

Yes school should start at 11am because children and teens are late nearly every day.

I think that school should start at 11am and finish at 4pm because then you have time to have a lie in. Also, then you can do any homework before school that you haven't done already.

I think for teenagers 9am is definitely too early but then 1.30pm is a bit too late. So I think that 10am is the perfect timing. Also 7pm is quite a late finish.

I think school should start later as ours starts at 8.30am. But not as late as 1.30pm! Who wants to come home at 7pm?

I think that 9am is fine, but people are more likely to get tired at 7pm.

My school starts at 8.45am and finishes at 3.30pm. If they moved it half an hour later I think it would be easier for me to concentrate more in school as I am always quite tired during the day.

I think that it's a good idea because you get time to do your homework during the morning instead of working through the night and being extra tired in the morning when you wake up.

I think school should start at 10am because I get too tired when I get up at 7am and we're always late for school.

I think that 1.30pm is far too late as school will finish at 7pm! I would rather get up early for school than to not have the afternoon to spend at home. There will not be any time for homework or any school revision at home because there will not be enough time!

I think that the school times should be changed but not to as late as 1.30pm. I find it really hard to get up so I think school should start at 10.30am and end at 6.30pm. This might be a problem getting home in the winter since most of my school goes home by bus and it will be dark - but if we get more sleep then it's worth it!

think this is a bad time because you start to get sleepy towards 5-6pm.

I think school should start at 10am because if they start at 1.30pm and finish at 7.00pm what's the point? They'll go bed late and won't do their homework and they'll only get two or three hours to themselves, even with family.

I think 9am is fine. Who would want to stay after school till 7pm?

I believe that school times should be changed because many kids are not getting enough sleep and that effects our school work.

School starting times are fine I think, because if you start school later it means that you have to stay at school during the afternoon. Some people like to do their own thing in the afternoon.

I don't think 9am is too early because if school ends at 7pm it's far too late. And they might not even go to sleep until they go to school.