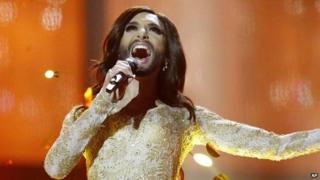 Austrian singer Conchita Wurst has been crowned the winner of the 59th annual Eurovision Song Contest.

The singer topped the scoreboard with 290 points after performing Rise Like a Phoenix.

It is the first time Austria has won the contest since 1966. 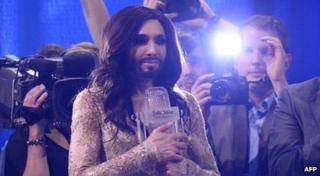 AFP
"I felt like tonight Europe showed that we are a community of respect and tolerance," said Conchita

After collecting the trophy Conchita said: "This night is dedicated to everyone who believes in a future of peace and freedom."

The Netherlands finished second with 238 points and Sweden came third with 218 points. 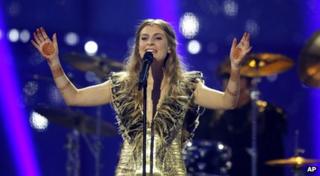 The UK's entry Molly came 17th with 40 points for her song Children of the Universe.