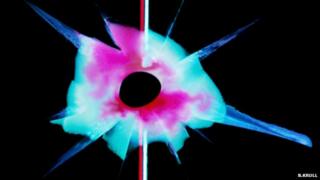 Have you ever dropped your phone and the screen has cracked?

It can leave you with lots of hassle of trying to repair it, and you're often left without a phone while it's sent to get replaced.

Well this could soon be a thing of the past, as a new plastic has been designed that can "heal itself."

The new polymer automatically patches holes up to 3cm wide, and could in future be used on mobile phone screens so small cracks would be able to repair themselves. 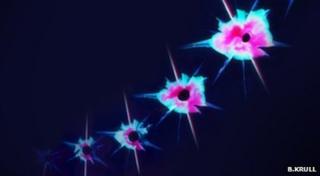 B.krull
A timelapse of a broken area self-healing (left to right)

As well as phone screens, cracks in water pipes could seal themselves, satellites could repair their own damage and broken electronic chips in laptops and mobile phones would spontaneously sort out their own problems.

The new material was created by engineers at the University of Illinois, America, and was inspired by the human blood clotting system.

The plastic contains a network of capillaries that deliver healing chemicals to damaged areas.

While the development is exciting, even the best self-healing plastics and polymers can only repair small-scale damage, and so more tests are needed to find out how well the plastic can repair itself multiple times before it can be considered for industry use.