First ever women's Tour of Britain

More than 100 of the world's best female cyclists are taking part in the first ever Women's Tour of Britain.

It's set to be the biggest ever women's cycling race in the country.

Competitors will set off from Oundle in Northamptonshire and finish in Bury St Edmunds in Suffolk on Sunday.

The race is made up of five stages taking place over five days and some of Britain's top cyclists, like Laura Trott and Dani King, will take part. 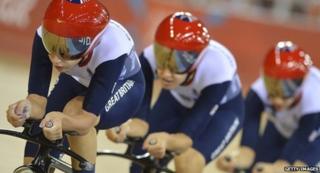 But fellow gold medallist Joanna Rowsell has had to pull out due to illness.