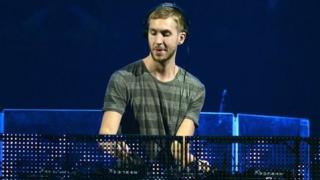 Calvin Harris has scored his sixth UK number one.

The DJ and producer landed the top spot with his latest track "Summer."

Last year Harris became the first artist in UK music history to have nine top ten singles from one album - his new album is due out later this year.