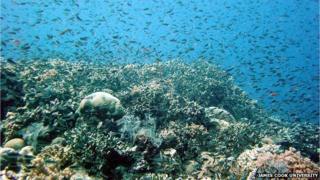 A big argument's erupted over plans to get rid of sediment on Australia's Great Barrier Reef.

People in charge of the reef have given permission for a big coal port to be built nearby, and for the waste sea bed to be dumped over the reef.

The sea bed needs to be dug out to make room for big ships.

But scientists from the United Nations science group Unesco say it could smother or poison the reef's coral.

Unesco is so worried about the impact on the reef that it says it is thinking of formally protecting it by putting it on an endangered list of the world's natural attractions.

The Great Barrier Reef Marine Park Authority, which looks after the reef, said it would allow the dumping because the waste would be dealt with following "strict environmental conditions".

But in a report Unesco said there were other options to get rid of the waste which would be less damaging.

It also said that much more needs to be done to help protect the reef, which is under threat from changing water conditions - though it did say some progress had been made. 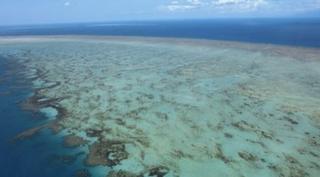 The Great Barrier Reef is huge - more than 1,600 miles long

It is really famous and lots of people go there to snorkel.