Amesbury the oldest occupied place in the UK 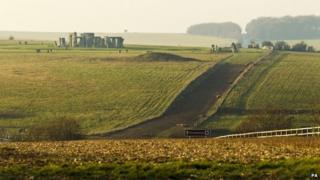 A town near Stonehenge in Wiltshire, in the south west of England has been named the oldest continuously occupied settlement in the UK.

An archaeology dig in Amesbury found animal bones that showed that people have been living there since 8,820BC.

The River Avon which runs through the town, would have been like a main road at the time, carrying many travellers. 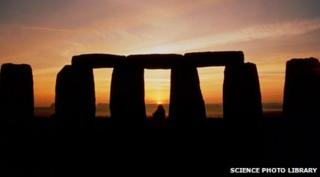 Science Photo Library
The site is near Stonehenge

It's always been thought that thousands of years ago, people were nomadic: they moved around, not settling in one place. But these new findings show people staying in Amesbury for long periods of time.

David Jacques, from the University of Buckingham, says the discovery is a big deal for people who study this period of history, known as the Neolithic.

"The first monuments at Stonehenge were built by these people. For years people have been asking why is Stonehenge where it is, now at last, we have found the answers."

Stonehenge was built in around 2,500BC - thousands of years later than these first settlers in Amesbury.