Scientist say they've found out more about why a bit of land in the North Sea was abandoned thousands of years ago.

The area called Doggerland off the coast of England used to connect Britain to Europe thousands of years ago when sea levels were much lower than now.

Researchers believe a massive landslide off the coast of Norway caused a giant tidal wave five metres tall that wiped out the last people to live in Doggerland 8,200 years ago. 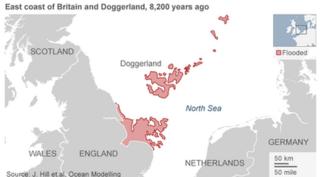 A rise in sea levels made the land into a series of islands before they were totally covered.

Scientists have different theories about exactly when people left the area but new research shows the impact of the tidal wave would have been devastating. 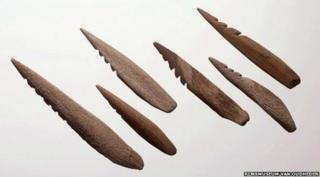 Prehistoric weapons like these spears have been recovered from the area which is now under the sea.

None of the objects found were from a time later than the tsunami which could suggest that people didn't live there after it hit.

But some people think it may have been abandoned before because rising sea levels had already made it marshy.