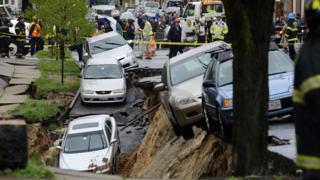 Huge hole length of street in US

A huge hole the length of a whole street has appeared in the US city of Baltimore.

Cars were sucked into the hole which happened after heavy rain in the area.

The hole was thought to be a sinkhole but could have been caused by the collapse of a supporting wall.

Houses on the street had to be evacuated but no one was hurt.

''We're extremely blessed that were talking about property damage and damage to the streets and not any loss of life.'' 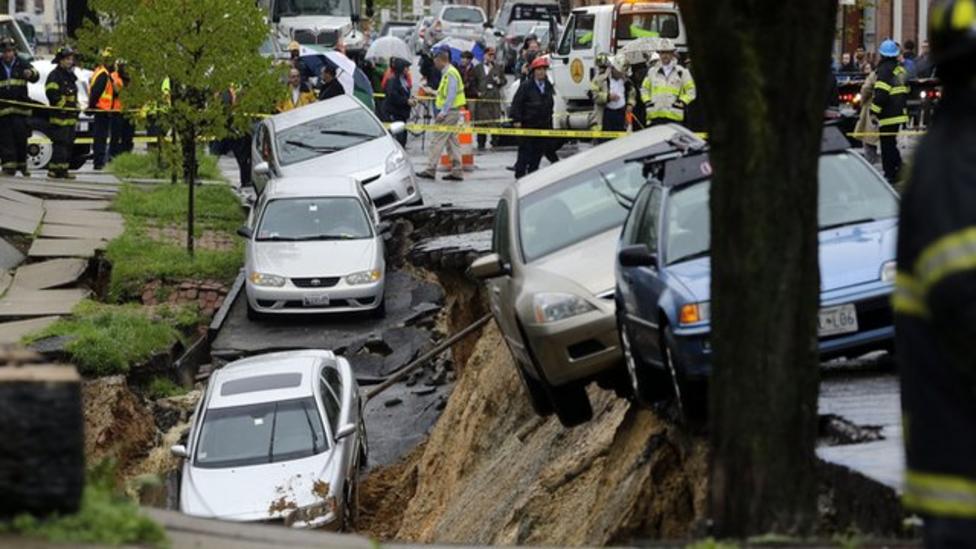 Huge hole length of street in US