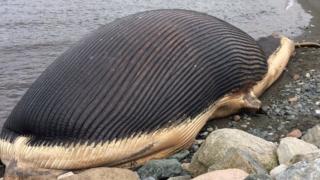 A blue whale that washed up on Canadian island Newfoundland could explode at any time, local residents fear.

The 25 metre long whale washed up on a beach in Trout River after it died weeks ago.

The whale's body has filled with methane gas as it decomposes. It has swollen up to twice its normal size already.

Canadian authorities disagree about who is responsible for getting rid of the whale.

Local resident Emily Butler said only 600 people live in the town and don't have the resources to deal with it safely.

Last year a sperm whale carcass that washed up on the Faroe Islands exploded as a biologist attempted to dissect it. 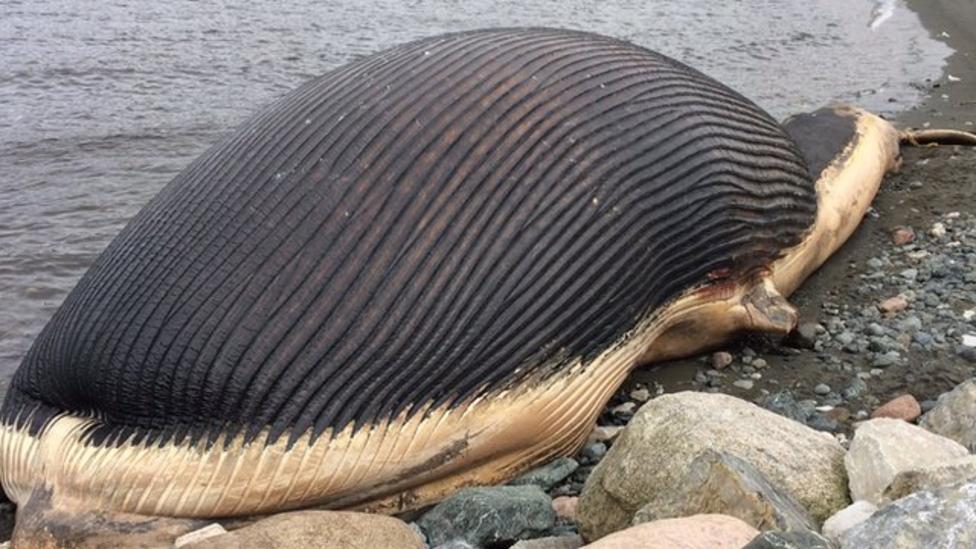