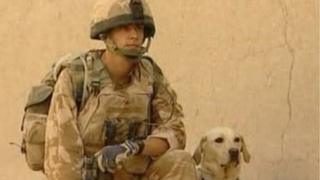 An army sniffer dog who died six years ago in Afghanistan is to be awarded the highest military award for animals.

Sasha, a yellow Labrador, was trained to hunt out explosives and make sure areas were safe for fellow soldiers.

She died with partner Lance Corporal Ken Rowe in a Taliban attack in 2008.

The animal charity the PDSA, which gives the award, says the Dickin Medal is the animal equivalent of the Victoria Cross - the highest military honour a person can receive.

Col Neil Smith QHVS, who is in charge of the Army's animal unit, said: "Sadly, this award is posthumous as both Sasha and her handler, Lance Corporal Ken Rowe, were killed in enemy action in Afghanistan in 2008.

Read more: Why are British troops in Afghanistan?

"Our thoughts remain with L/Cpl Rowe's family and this award will give us the opportunity to once more celebrate his and Sasha's immeasurable contributions to military operations."

The PDSA says that Sasha's skill helped save the lives of many soldiers and civilians. 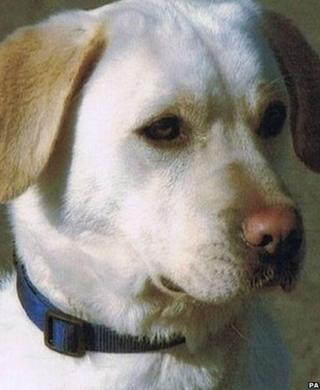