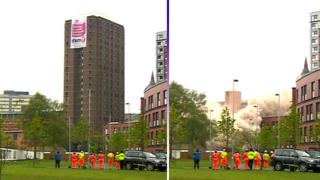 How to demolish a tower block

A big tower block has been demolished in Birmingham to make way for a new park.

The Stafford Tower at Aston University was built in the 1970s.

Engineers said it was one of the most challenging demolition jobs they had ever done, because the next building was just six metres away.

How was the building demolished?

Experts have been working since September to disconnect the building from the water and electricity supply. Then they weakened the structure of the building.

All the windows were covered up to stop anything flying off the building when it was demolished.

Explosives were positioned in carefully selected places so that the building would topple forward with a slight twist.

The demolition was a big success and the old tower fell into the gap between the other buildings without damaging them. 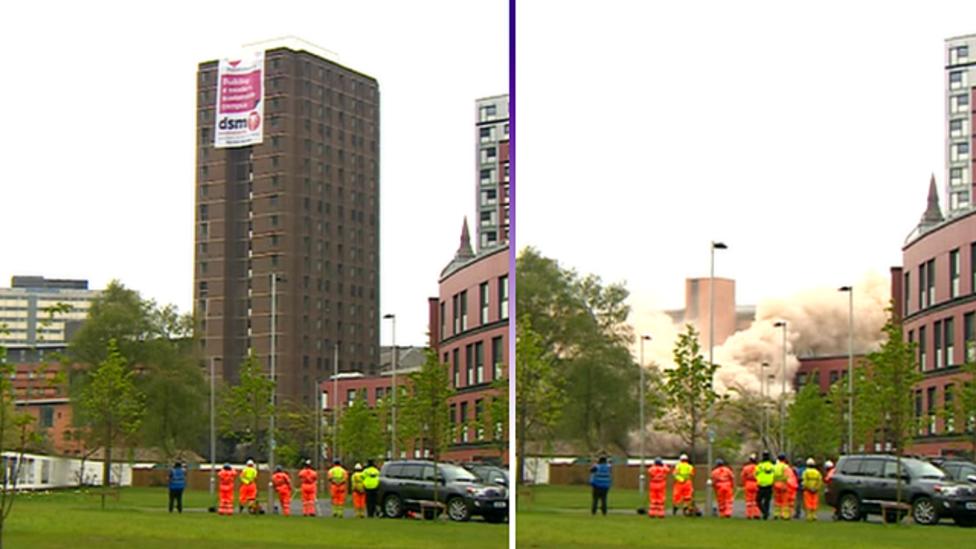 How to demolish a tower block