A massive video game burial site has been discovered in New Mexico, USA.

The site is believed to contain thousands of copies of a video game called ET The Extra-Terrestrial.

A company called Atari made the game in 1982 but it was a flop and is famously thought of as one of the worst video games ever made. 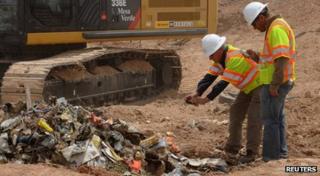 Reuters
Workers have already found copies of the game

It's thought Atari could have dumped millions of unsold copies in a landfill site in September 1983.

Top 5 worst games ever made

2. Rise of the Robots, Amiga published by Time Warner Interactive

What was so bad about ET?

ET was one of the first video games to be based on a feature film.

The ET movie was so successful that everybody expected the video game would be popular too. 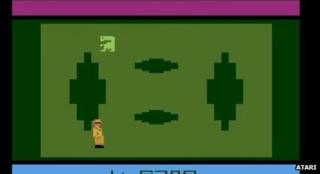 But the graphics were poor and the game was frustrating to play.

Game reviewer Aqualung said: "It's impossible to follow without the manual."

"The real reason so many people hate it is that they have no clue what to do." 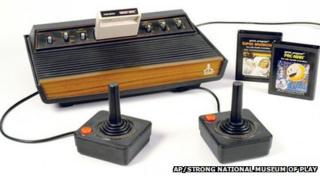 Atari was desperate to get the game out in time for Christmas and rushed to produce it in just five weeks. It simply wasn't long enough to make an excellent game.

Atari produced millions of copies because it thought the game would be a huge hit. 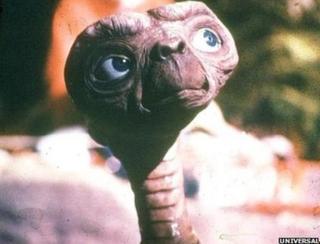 When the game was released it got terrible reviews and some customers even returned their copies for a refund.

Shortly afterwards the entire video games industry experienced a huge drop in sales and Atari ended up with millions of unsold copies.

Why were the games buried?

Xbox Live's Larry Hryb told the BBC the games were probably buried "out of shame".

James Heller, who used to work for Atari, told the Associated Press news agency that he was asked to get rid of of 728,000 game cartridges in 1983.

They were sent to the landfill and James decided to pour a layer of concrete over the games to stop them being discovered. 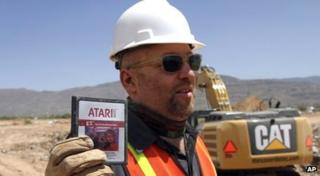 AP
Copies of the game have been uncovered

The site is now being dug up by Fuel Entertainment and Microsoft, who are making a documentary about it.

They've already found some copies of the game and there's a lot more digging to do.