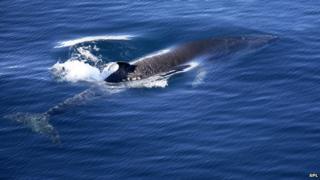 Scientists have finally solved the mystery of where strange quacking noises heard in the Southern Ocean are coming from.

The quacking noise nicknamed "the bio-duck" was first picked up by submarines 50 years ago but is often heard in winter and spring.

Until now no one knew where the noises came from.

Studies have revealed that the sound is in fact the underwater chatter of the Antarctic minke whale.

The scientists attached tags to the whales so they could hear an record the sounds they make. 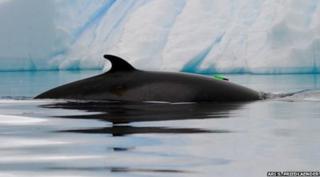 "It was hard to find the source of the signal."

"Over the years there have been several suggestions... but no-one was able to really show this species was producing the sound until now."

What is The Bloop?

This is not the only sound puzzle that scientists have recently been able to solve.

Another strange low frequency noise - called The Bloop - turned out to be the sound of Antarctica's ice cracking.