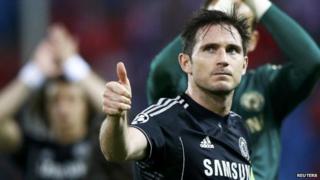 Chelsea have held Atletico Madrid to a 0-0 draw in their Champions League semi-final first leg on Tuesday night.

Blues manager Jose Mourinho's defensive tactics paid off as Atletico failed to score for the first time in 11 games in this season's competition. 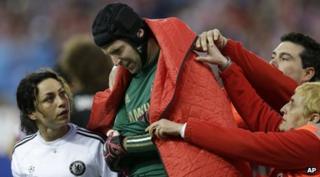 But the match has left Chelsea with suspension and injury worries for next week's second leg at Stamford Bridge.

Frank Lampard and John Obi Mikel are both suspended, while Petr Cech and John Terry are out due to injury.

Terry went off with a foot problem and Cech injured his shoulder.