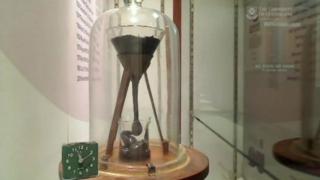 The 14-year wait for a drip

This is the moment in a long-running lab experiment that scientists have been waiting nearly 14 years to see...

The Pitch Drop Experiment is testing the viscosity (or 'stickiness') of black pitch, a type of tar.

Set up in 1927, the pitch was placed in a glass funnel to see how long it would take to drip into the container below.

But the stuff is so sticky and thick that only nine drops have fallen since the experiment began.

The latest drop fell earlier this month. It collided with the eighth drop below it, which fell in 2000.

Scientists reckon that pitch is about 100 billion times more viscous than water!

The experiment at the University of Queensland in Australia holds the world record for the longest running lab experiment on the planet.

Watch the time-lapse footage, recorded over the past two years, to see the ninth drop touch down.

Pictures from the University of Queensland. 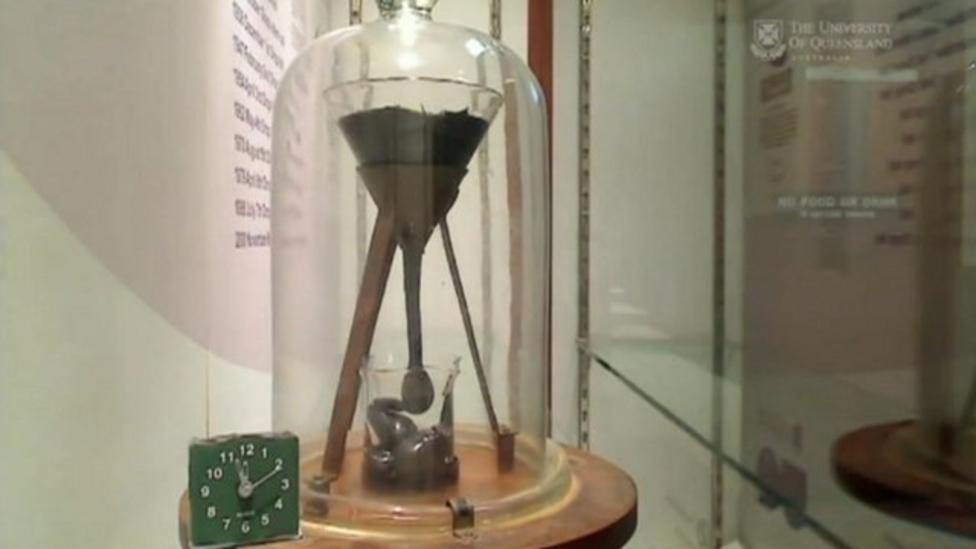 The 14-year wait for a drip