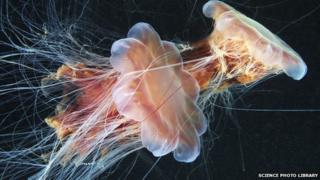 Prime Minister David Cameron has been stung by a jellyfish while on holiday on the Spanish island of Lanzarote.

There are lots of myths about what to do when a jellyfish stings you like urinating on it, but that could actually make things worse.

So what do doctors advise?

There are about 200 different species of jellyfish. Most live for only a few weeks, but some are known to survive a year or longer.

Their bodies vary in size from about 2cm to 40cm wide but some species are a lot larger and can be up to 2 metres wide. 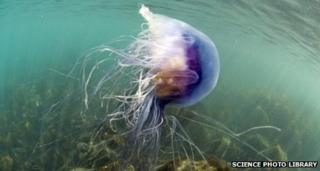 What to do if a jellyfish stings you?

Most jellyfish stings are mild and don't require treatment, or you can treat them yourself.

However, dial 999 if there are severe symptoms, such as difficulty breathing, chest pain, or if a large or sensitive area of the body like the face has been stung. In the worst cases jellyfish stings can kill.

Someone stung by a jellyfish should be treated out of the water and they should stay as still as possible because movement can make things worse.

Any remaining tentacles should be removed using tweezers or a clean stick. An ice pack on the affected area will help too. 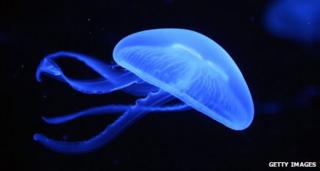 Getty Images
Jellyfish can occur in all oceans.

Applying shaving cream to the affected area will help prevent the spread of toxins.

Use a credit card or shell to remove any small poisonous sacs that are stuck to the skin.

After a jellyfish sting, any pain and swelling can be treated with painkillers.

Take a look at Newsround's guide to nature's most painful stingers

What not to do?

Though lots of people talk about urinating as a treatment for a jellyfish sting it's unlikely to help and could even make things worse.

Vinegar is no longer recommended either and other substances like alcohol and baking soda should also be avoided.