Comments: What did you think was cool - but don't anymore? 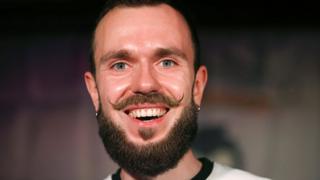 Scientists studying a group of people found most of them didn't think a 'trendy' beard is cool anymore.

It's thought to be because growing a beard has become popular now it's trendy - and the more popular it gets, the less cool it gets.

So what did you think was cool - but don't anymore?

Maybe there's a fashion, a hairstyle, a pop star, a film or a TV show you used think was cool but you've changed your mind?

Did you used to love Justin Bieber, but don't anymore? Maybe you couldn't get enough of Manchester United - but now you can? It could be anything.

We want to hear from you.

I remember that all my friends used to love JLS and now nobody talks about them and nobody really likes Justin Bieber anymore.

I think the Harlem Shake was a trend before, but no one does it or talks about it anymore.

I think the vintage big collars from the 1970's which Elvis Presley used to wear aren't cool anymore.

Rubix cubes and men with beards.

I think that wearing fake glasses is not cool now, because they don't suit people now days.

Mohawks used to be awesome but now they are just normal. Step-overs in football used to make people think you were really good but now people just think you are a ball hog if you do that.

I used to like JLS but now I don't. I even went to one of their concerts. Now I look back and wonder why did I like them.

I used to love Gangnam Style but now it's just really annoying and not cool.

I used to think the movie 'Frozen' was cool, but now it's really popular and everyone is watching it and talking about it. It has made me not like it as much now and I'm not sure if I'll keep on watching it.

Frilly socks. People wear them with their trousers rolled up. I really do not think it looks good but that's just my opinion.

It doesn't really matter what's 'cool' or not, just because you don't like something it doesn't mean that everyone else does.

I used to think that High School Musical was cool, but now I have grown up a bit - it isn't.

Graffiti is not cool anymore.

I thought fist bumping was cool until parents started to do it!