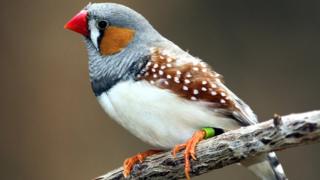 Birds can learn to choose the best building materials for their nests, say scientists.

It was thought that a bird was simply born with the ability to know what would work best to build a nest for themselves.

But now an experiment has shown there's more to how they choose and that learning is important for their decisions.

The experiment involved giving finches a choice of floppy and stiff string to build their nests.

"We found that zebra finches like the stiffer string," explained Dr Ida Bailey from the University of St Andrews.

Dr Bailey and her team were looking to test the learning ability of birds; their test aimed to work out if the birds could learn to tell the difference between materials based on what the material was like.

To test this, they gave one group of finches a flexible, floppy string to build with, and another group stiffer string.

Both groups of birds were afterwards given the choice between the flexible and stiff string.

And the birds that had been made to build their nests with the floppy string immediately opted for the more stiffer building material.

"Birds are not considered to be as clever as people, who can learn to use different materials quite easily," says Dr Bailey. "This shows that actually learning is also very important for their decisions."