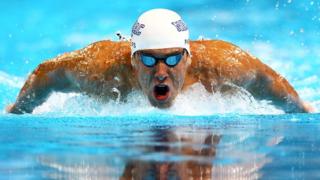 Michael Phelps, the most successful Olympian of all time, is coming out of retirement.

He'll compete at a competition in America at the end of April.

Coach Bob Bowman said it doesn't mean Phelps will compete at the 2016 Olympics though: "He's just going to test the waters a little bit and see how it goes".