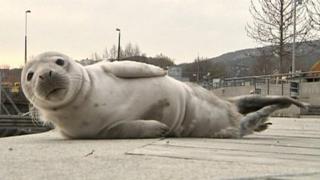 A baby seal has been attracting a lot of attention in Sweden!

It was spotted in Sundsvall city's harbour having apparently lost its way while swimming in the Baltic Sea.

Local residents turned up to meet the pup, which seemed in no hurry to get back to its swim.

It's not unusual for seal pups to leave their parents when they're 2-3 weeks old.

The seal population is big at the moment, so it may be the first of many visits to the city! 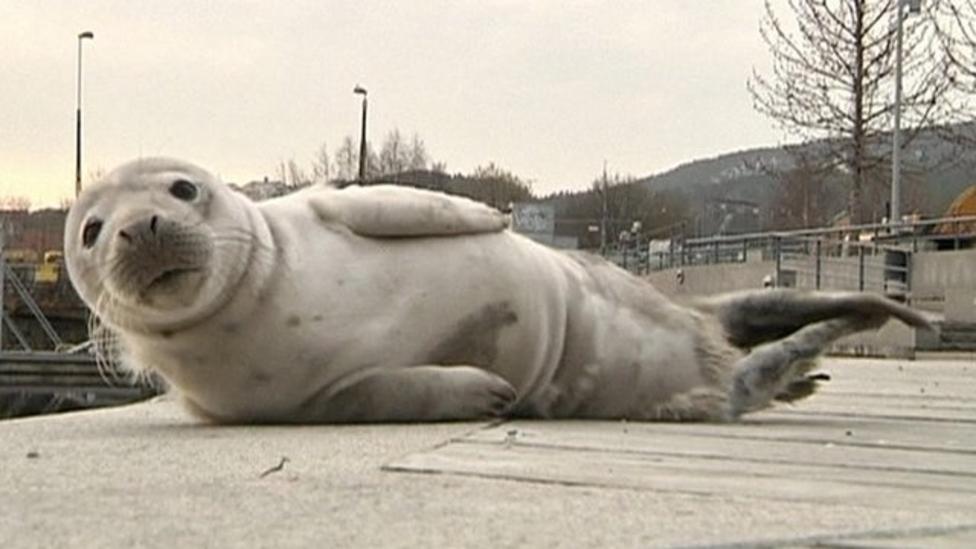