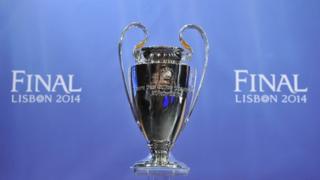 Chelsea will face Atletico Madrid in the semi-finals of the Champions League.

The holders of the cup Bayern Munich will play Real Madrid.

Chelsea will be pleased with the draw as they've avoided playing the holders and Jose's former team Real Madrid.

In the other semi-final, Bayern boss Pep Guardiola has a good record against Real Madrid with old team Barcelona, so he will hope he can carry that record on with his new team.

The first leg matches will be played on 22nd and 23rd April and the 2nd leg on 29th and 30th April. Chelsea will play their first match away from home in Madrid.