What is the US Masters? 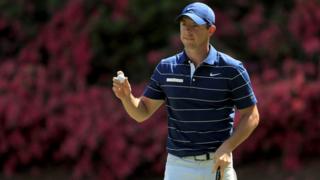 The US Masters tournament is one of the biggest and most important competitions in golf.

Read Newsround's guide to what it's all about...

Olympics quiz: Which of these sports are in it?

What is the Masters?

The US Masters is one of four major tournaments in golf.

It takes place every year at the Augusta National Golf Club in America, where golfers compete for the chance to win the famous green jacket. 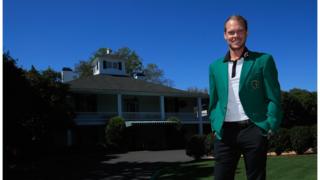 The other golf majors are the US Open, The Open, and the PGA Championship.

Only four British golfers have ever won the Masters: Nick Faldo, Sandy Lyle, Ian Woosnam and the 2016 champion, Danny Willett.

Tiger Woods is the youngest ever winner of the Masters, he was 21 years 104 days old when he won in 1997 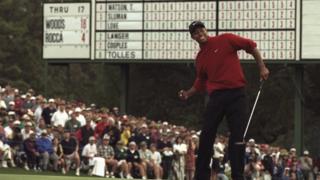 The tournament lasts for four days, usually from Thursday to Sunday. A different round is played each day.

Each round is made up of 18 holes. Each hole has a 'par', which is the number of strokes a golfer should take to get the ball in the hole.

The aim is to use the least number of strokes (golfers want to be "under par").

After round two, the players are ranked and only the top 50 scores (including ties) go through. Everyone else leaves the competition.

At the end of the final day, the player with the best score is crowned the champion.

The US Masters brings together the world's top golfers, who have to qualify to take part. 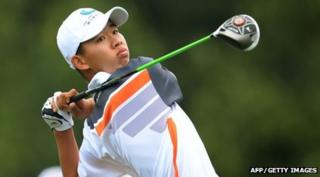 They do this through a number of ways - such as by winning or doing well in other golfing competitions, or by being ranked in the world's top 50.

The winners of some amateur championships from around the world also qualify to play.

Augusta is the name of the golf club where the Masters is hosted every year. It is in the US state of Georgia.

The Masters is the only major golf championship that is played at the same course each time.

The 18 holes can be tricky for even the most experienced players - so much so that the area between holes 11-13 has the nickname 'Amen Corner'! 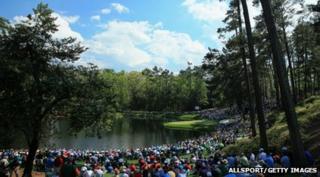 Augusta is known for its natural beauty and gentle atmosphere.

"It's like being in the most perfect picture that has ever been painted," said England's Ian Poulter.

German golfer and former world number one Martin Kaymer said: "As an athlete, as a golf player, it's probably the tournament that you always want to win in your career.

"If you compare it to tennis, it's Wimbledon and for us it's the Masters, so... and it really starts off the season."

Augusta was farmland until two men, golfer Bobby Jones and banker Clifford Roberts, bought it and turned it into a golf club.

They came up with the idea of an annual tournament.

It was called the Augusta National Invitation Tournament until 1939 when it changed its name to the Masters.