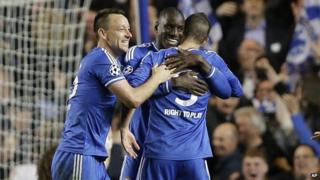 Chelsea are in the Champions League semi-finals after a 2-0 second leg quarter final victory over Paris St-Germain.

The final score was 3-3 on aggregate, but Chelsea go through based on away goals.

Chelsea had to claw back PSG's 3-1 advantage from the first leg. Andre Schurrle gave them hope with a first-half goal. 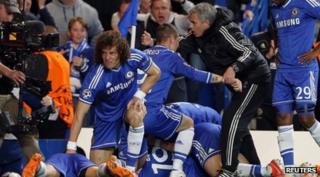