Comments: The Voice - do you think Jermain was the right winner? 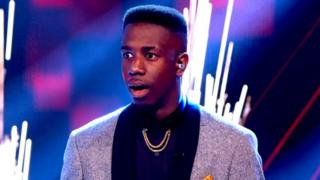 Jermain Jackman is this year's winner of BBC talent show The Voice.

The 19-year-old from London came out top in the public vote after his live final performances.

Jermain sang Miley Cyrus hit Wrecking Ball, Pure Imagination from Willy Wonka And The Chocolate Factory and And I Am Telling You I'm Not Going from the Dreamgirls musical.

He is the first male winner of the show and said afterwards: "Work hard for your dream and you will achieve it."

I never really watched The Voice that much after the battles but I think Sally should have won because she is a better singer and she deserved to win more.

I think Sally should have won because her voice is so pure and lovely.

I didn't like Jermain, I loved Christina Marie she was amazing when she sang Power of Love. It was as if an angel was singing.

I think Jermain was the right winner because when he sung Pure Imagination it was just so magical!

I do think Jermain was good but Pure Imagination wasn't very good. Sally should have won! Her song was beautiful.

I think Jermain was the right person to win. He has always worked towards winning and it just goes to prove that you can do anything if you believe in you.

I totally agree with will.i.am because Jermain is an amazing singer and he deserved to get this big spot. Well done Jermain!

I think Sally should have won because her voice is stronger and more powerful.

I think that Christina Marie should have won because she has a lovely voice, I would listen to her albums.

I thought that Christina Marie had what took to be The Voice winner.

I think Christina Marie should have won but Jermain was OK to win!