Olympic Park reopens to the public 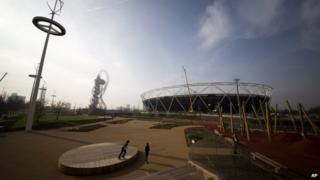 The Queen Elizabeth Olympic Park in east London has opened to the public for the first time since the London 2012 Games.

As well as big venues for sport, music and theatre, the park has water fountains that react to movement and an adventure playground.

It is the biggest park to be opened in London for a century. 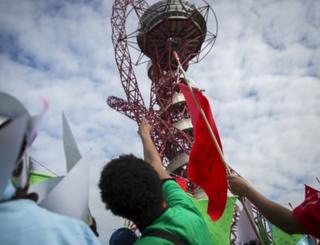 Prince Harry visited the site and tried out the facilities on Friday.

He said: "It's far more beautiful than I possibly thought it could be.

"This is going to be a quite astonishing place to come and bring your family."