The Voice set to return for another two series 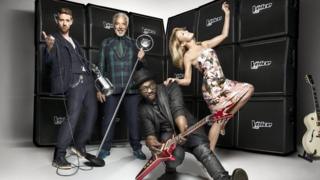 BBC bosses have confirmed that The Voice will return for another two series.

The plans have been announced ahead of tonight's live semi-final.

It's not yet been decided which of the coaches will return for the next series.

BBC One Controller, Charlotte Moore, says: "It's been fantastic to see The Voice return in top form to kick start BBC One's brilliant year so far, the new line-up has really connected with audiences and I look forward to it returning to the channel next year."

The series finale is on Saturday 5 April.