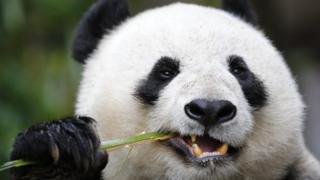 Giant pandas eat plenty of veggies, but apparently they like sugary treats too.

Scientists carried out a blind taste test on a group of the black and white bears, who revealed they have a sweet tooth.

All eight pandas involved in the study were able to the tell the difference between plain and sugary water. 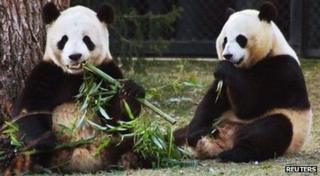 Researchers also examined panda DNA and found a match to the same 'sweet receptor' gene that humans have, which allows the animal to taste sugars.

Pandas are the rarest species of bear, and live mainly in bamboo forests high in the mountains of western China.

Understanding what type of food pandas prefer may help experts understand what nutrients can be used to compliment their diet as part of efforts to conserve them.