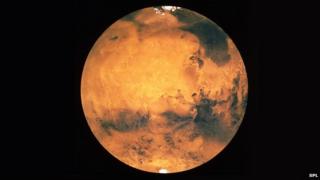 For hundreds of years, scientists have been obsessed with exploring the 'Red Planet' - Mars.

The fourth planet from the sun, at its closest it's 33 million miles from Earth - and it has left researchers asking one question - does life exist on Mars?

But getting there is not easy, and humans are still some way from setting foot on the planet.

Advances in technology have given us a closer look at the red planet and the search for whether life has ever existed on Mars continues.

Check out the Newsround guide to the history of Mars exploration.

The earliest missions to Mars were simple fly-by craft. They were designed to fly past Mars and take pictures on the way.

The Soviet Union made the first attempt to send a fly-by craft to Mars in 1960. Unfortunately the launch failed and the craft never escaped Earth.

Ready for a close-up 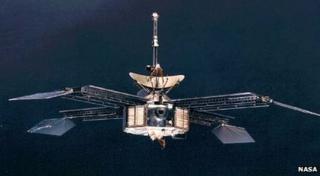 NASA
Mariner 4 was the first craft to fly-by Mars

There were six failed attempts to fly-by Mars until the first successful mission in 1965.

The US craft Mariner 4 passed 6,118 miles away from the planet's surface and its cameras sent back 22 close-up images. 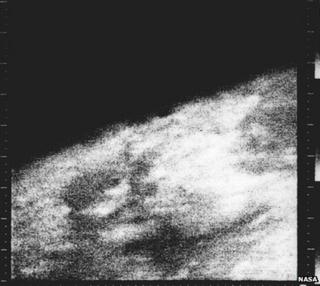 NASA
This was the first close-up of Mars

The first man-made object on Mars

The Soviet craft Mars 2 was designed to land on Mars and send data back to Earth.

Unfortunately its braking rockets failed during descent and it crashed onto the planet.

It was never able to send any data back, but it did become the first man-made object on Mars.

A Soviet lander called Mars 3 was the first to successfully land on the red planet.

The craft sent back 20 seconds of video data before its computer failed and the craft became useless.

There are currently two rovers on Mars beaming signals back to Earth. 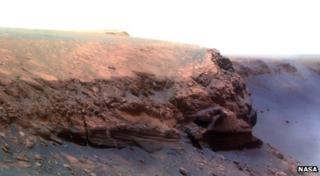 NASA
This photograph of 'Cape Verde' was snapped by Opportunity

It was sent to analyse rocks on the surface of Mars and detect signs of water. It was only designed to work for 90 Martian days but has so far put in nine years of overtime.

The Curiosity rover is the most recent craft to land on Mars. It arrived on the planet in August 2012. It is on a mission to work out whether was Mars ever to support life. 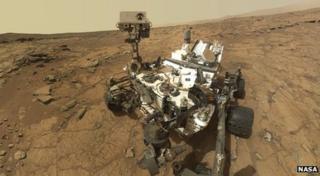 There are also three satellites which orbit Mars and record data and pictures from above.

The European Space Agency is planning to launch its own Mars Rover in 2018, and plans to bring Martian rock samples back to Earth are being worked on too.

One day we may even be able to send people to Mars. One businessman has already announced his plan to send a couple on a trip to Mars.