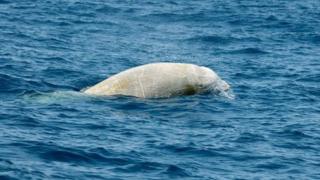 A new breath-holding record has been set by a Cuvier's beaked whale, according to a report.

Using a special satellite attached to the animal, researchers recorded a dive that lasted a whopping 137 minutes.

The satellite also revealed that the beaked whale swam to depths of 3km below the ocean surface.

This dive tops that for any southern elephant seal, which is also known to be an extreme breath-holder. 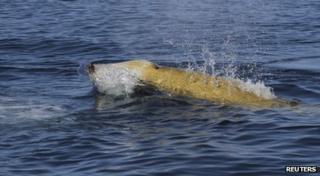 Erin Falcone, a research biologist, told the BBC that beaked whales have very high levels of the myoglobin protein in their muscles.

This allows them to store high levels of oxygen, which means they need to breathe less often, even when they are active.

Erin said: "One key adaptation that seems to allow beaked whales to dive more deeply than other species is a dramatic reduction in air spaces within their bodies."

The Cuvier's record-breaking dive was recorded off the coast of California and is reported in the journal of Plos Biology.