Your questions for Ricky Wilson 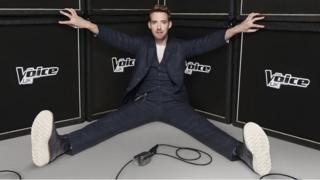 He's a star coach on The Voice and the frontman of one of the UK's biggest bands, the Kaiser Chiefs.

The Kaiser Chief's new album is out this month and you've been sending in your questions.