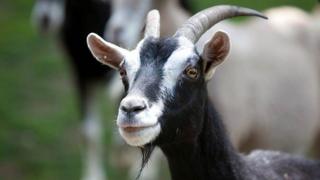 Goats are more intelligent than previously thought, according to a new study.

Scientists, from the Queen Mary, University of London, discovered the animals can learn how to solve difficult tasks and have long-term memories.

As part of the study goats were tasked with getting their food by pulling on a lever and then lifting it. Researchers found the goats were able to access the food in just two minutes after 10 months.

Scientist Elodie Briefer said: "The speed at which the goats completed the task at ten months compared to how long it took them to learn indicates excellent long-term memory."

The research was the first time scientists have explored the learning abilities of goats and it's thought the findings explain why goats are so good at finding food in the wild.