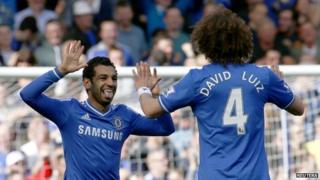 It was supposed to be a celebration for Arsenal manager Arsene Wenger as it was his 1000th match with the team - but a 6-nil thrashing must have spoilt the party mood.

His 10-man team were crushed by Chelsea, with two of the goals, by Samuel Eto'o and Andre Schurrle scored in just seven minutes.

Eden Hazard's penalty after a Alex Oxlade-Chamberlain handball all but finished the match as a contest. 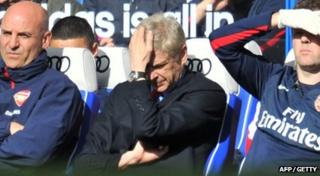 It was Jose Mourinho's biggest Premier League victory as Chelsea manager and also the first time in Chelsea's history that they have scored six times against their London rivals.