The Voice coach Kylie 'could come back', despite rumours 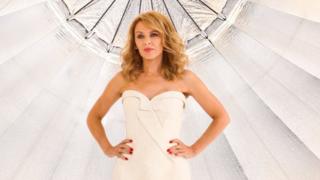 The Voice coach Kylie Minogue 'could return for the next series' as talks carry on, despite rumours she's leaving.

A newspaper reported that Kylie will quit as coach because she wants to go on tour, but a show spokesperson says they are looking for ways to work around it.

The spokesperson said: "Kylie is a fantastic addition to the coaching line up. We are aware of Kylie's touring commitments and are looking to accommodate them, so that if the series is re commissioned she could return to her coaching role. Discussions are still on going and it's too early to speculate as we've not finished this series yet."