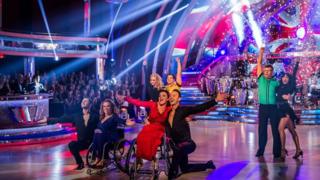 Kylie Minogue, David Walliams and Little Mix were among the sports stars and celebrities who took part in the show.

One of the highlights was David Beckham starring in a one-off special of classic comedy show Only Fools and Horses.

The money will be spent on helping poor and disadvantaged people from the UK and across the world.

Little Mix kicked off the TV marathon with the Sport Relief single, Word Up.

The girl band asked the public and their fans to "give what you can" and a video of their visit to Liberia in Africa was shown.

The Voice judge Kylie Minogue also performed, she sang one of her old singles with comedian David Walliams.

It's thought to have been the first time Minogue and fellow Australian Donovan have performed the song live in 25 years. 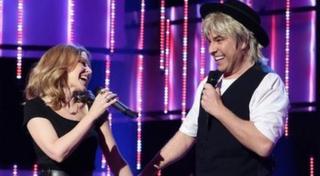 Walliams also took over a special edition of mastermind and grilled footballers on their knowledge. 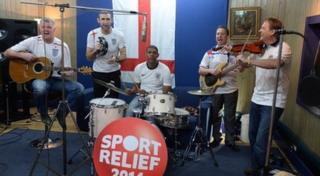 It's the first time the song, which is a Take That cover, has been played for the public.

Bands Coldplay and Boyzone also performed on the show. 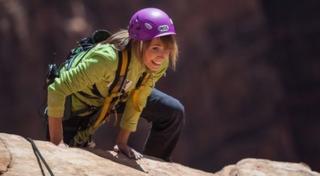 Stars began their fundraising activities in the days and weeks leading up to the broadcast.

Check out: our video of their amazing achievements

There was a huge round of applause for One Show presenter Alex Jones, after it was revealed she had raised a total of £1,281,476 by climbing 1,200m up Moonlight Buttress, a sheer sandstone cliff in Utah.

Host Davina McCall raised more that £2 million with her amazing triathlon challenge during some of the worst weather the UK has seen this year.

Events taking place across the country on Saturday and Sunday include the Sport Relief Games.