It's Penguin Awareness Day on 20 January each year, when we celebrate our black and white feathered friends!

Unfortunately climate change is becoming a growing worry for penguins who live in Antarctica, like the Emperor and Adelie penguins.

A temperature change of just two degrees could cause massive habitat problems for these penguins.

To raise awareness of these cute creatures, here are some of Newsround's top penguin facts and jokes... Enjoy!

A surprise visit from some penguins!

Check out these nosy penguins! 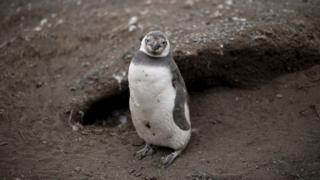 Getty Images
This is a Magellanic penguin, which lives in warmer climates, not in the Antarctic

It is thought there are as many as 17 to 20 different species of penguin. 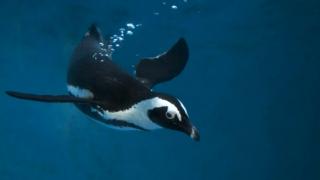 Getty Images
Flippers are no good for flying - but they're great for swimming!

What is a penguin's favourite family member?

Penguins are birds - but even though they have wings, they can't fly.

Their wings are specially adapted for swimming.

In 1620, French explorer called Beaulieu even thought that penguins were a type of feathered fish because of how well adapted they were to life underwater! 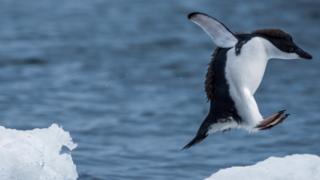 Most penguins live in the Southern Hemisphere but none live at the North Pole. 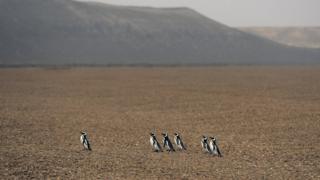 Not all penguins live in snowy places like Antarctica. Some species like the Galapagos penguin live in warmer climates near South America.

The Emperor penguin is the largest penguin, standing at more than one metre tall when fully grown. 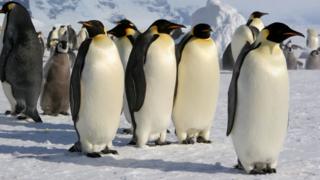 Getty Images
These are the world's largest penguins

Unlike with many other species, it is actually the male emperor penguins who are responsible for looking after the eggs until the chicks hatch.

They are great swimmers, but aren't so nimble on the land. Emperor penguins shuffle along on their feet or slide about on their bellies. 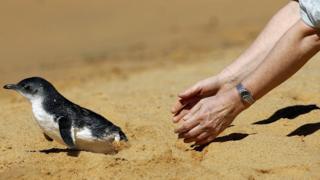 The smallest penguin is called the fairy penguin. It is found quite commonly in Australia and New Zealand.

Ever wondered why they're black and white? 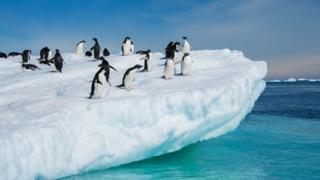 Their dark back makes them hard to see from above while they're in the water, which can help protect them from predators.

The black and white colouring also helps to hide them from predators like killer whales and leopard seals.

It turns out we could learn a lot from penguins, as Jenny found out.

Penguins eat a range of fish and other sea life that they catch underwater. 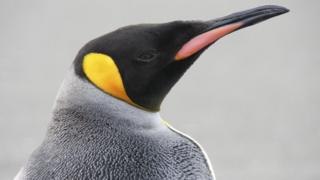 Penguin feathers are shorter and stiffer than most bird feathers, which makes penguins more streamlined in the water and traps more air to keep them warm.

Penguin pipeline gives them a lifeline

Baby penguins arrive at US zoo

How do you move gentoo penguins across Europe?

Penguin Watch: Behind the scenes with Victoria Gill