Who got who in the Champions League quarter finals? 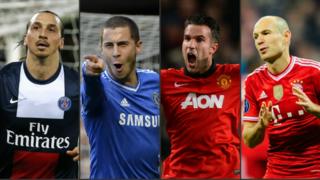 Manchester United have been drawn to play holders Bayern Munich in the Champions League quarter-finals, with Chelsea set to face French side Paris St-Germain.

In the other games Barcelona will play fellow Spaniards Atletico Madrid. Gareth Bales's Real Madrid are drawn against Germany's Borussia Dortmund, who they lost to in last season's semi-finals.

The first legs will be played on 1-2 April, with the return matches on 8-9 April.

This year's final is to be held at Portuguese side Benfica's ground in Lisbon, on Saturday, 24 May.

The Man United v Bayern game is a repeat of the famous 1999 Champions League final when the Red Devils won with virtually the last kick of the game, despite trailing for most of the match. 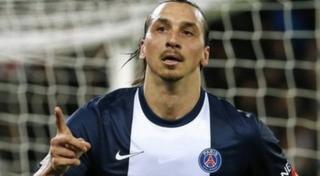 Chelsea's opponents PSG are not traditionally one of the biggest teams in Europe.

However they've become a real threat in the last few years after huge investment from their Qatari owners and star player Zlatan Ibrahimovic is the leading scorer in the French league this season.