Listen: Is Formula One now too quiet? 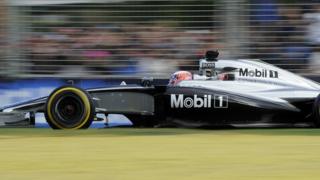 The man in charge of Formula One says he'll try to make new F1 cars noisier, after changes to technology made the cars quieter.

F1 cars have smaller engines this season to try to make them more environmentally friendly.

But the people in the charge of the first race of the season, the Australian Grand Prix, have complained the cars were too quiet at the race on Sunday. They think it will put fans off watching the sport.

Bernie Ecclestone, who runs Formula One, says the guys in charge will look into ways to make them sound "more like racing cars".

"I don't know whether it's possible but we should investigate. I think, let's get the first few races out of the way and then maybe look to do something. We can't wait all season. It could be too late by then," he said.

Cars have moved from a V8 engine, to a smaller V6 engine - which is greener but makes less noise.

Formula One fans often say that the noise of the cars is one of the best things about watching a live race.

After Sunday's race Ron Walker, who is the chairman of the Australian Grand Prix organising company, complained the sport is now too quiet.