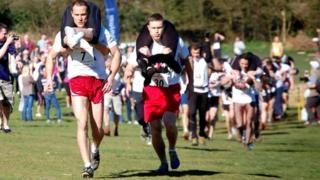 The UK Wife Carrying Championships have a winner!

Rich said: "We put in a whole week's work, running around the athletics track near where we live - and it's paid off"

"We were pushed hard, especially by the Lithuanians there."

Competitors must tackle a 380-metre course, hurdling over haystacks, scrabbling up a steep slope, and dodging water pistols.

You don't need to be married to take part.

Rich and Anna will now compete at the World Championships in Finland in July. 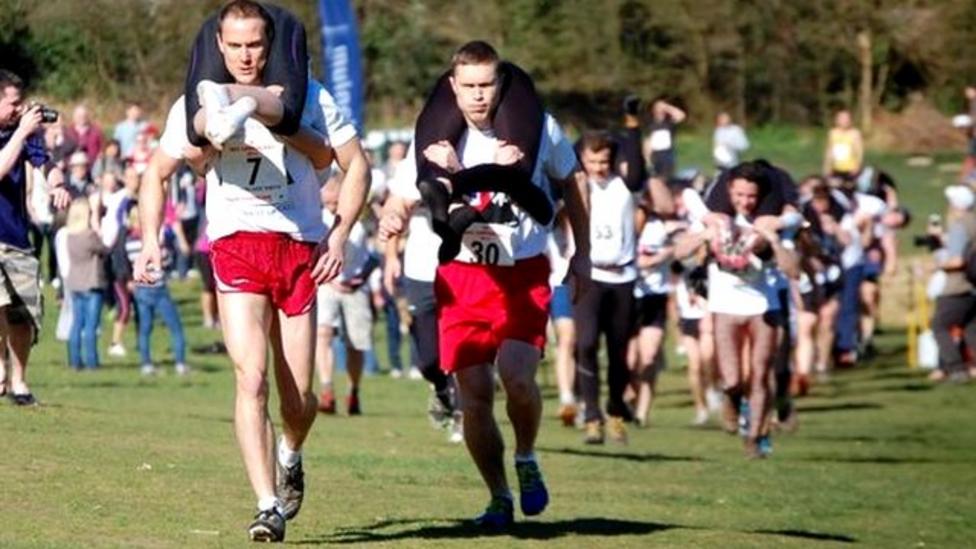