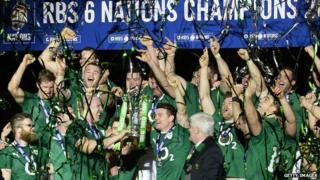 Ireland have clinched the Six Nations title after a nerve-jangling victory over France.

These results meant that Ireland and England had both won four matches each in the tournament.

But Ireland were ahead of England on points difference so they were crowned the overall winners.